5 Take-Aways from the Presidential Debate 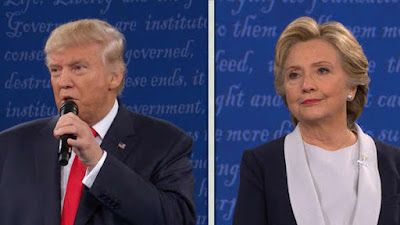 Five take-aways from the most recent presidential debate.

Not the voters, or the American people.

There was too much time spent by the candidates criticizing each other. And not enough time on details of solutions offered (although the democratic candidate actually spent considerably more time on this than the republican).

As one undecided voter mentioned to a New York Times reporter after the debate: "There haven't been enough positives on either side for me to make a firm commitment."

Not the republican candidate.

Take a look at any of the major newspaper's morning-after fact-checking and you'll get a more detailed scoop. Here's what the New York Times team found.

According to the Times, the republican candidate lied or was grossly misleading in 14 out of 16 allegations - a rate of 87%. The democratic candidate was misleading only twice.

Here's a handy summation of the debate by the New York Times' David Leonhardt, from a liar-liar-pants-on-fire perspective.

It's quite telling when one candidate can't keep still long enough to actually listen to what anyone is saying, while refusing to take direction (from the moderators) and defaults to insults when feeling intimidated.

The republican candidate made clear indications towards dictator-like behavior. (Telling the democratic candidate that if he had been president, he would have locked her up.) This remark needs to be seen in light of how the same republican candidate says he would handle the media (take away the 1st Amendment right to a free press) and nations (build a wall around them) who disagrees with him.

This behavior trait during the debate is an extension of his stoking anger among supporters by appealing to their fears. And it's a pretty good indication of how the republican nominee would operate if elected.


4. What about the candidates' relationship with their respective parties?

The democratic candidate has the full support of the party that nominated her.

The republican candidate continues to upset and divide his party's leadership. In fact, prior to the debate, there had been wide-spread reports of a movement within the republican party to get the nominee to quit the race so that the vice-presidential nominee could become the party's standard-bearer. This feeling is shared among major party donors as well.

The republican presidential nominee's response was to lash out at any republican that disagreed with him, promising retaliation, going along with point #3.

Which leads a person to wonder: If the republican party's leadership won't vote for its standard-bearer, why should anyone else?

5. Evangelical Christians no longer have a sufficient reason to endorse the republican candidate.

It might be a good thing to note that God isn't a republican, democrat, independent or libertarian and isn't limited by our political system.

That's a really good thing because the republican candidate, by his own admission, has done some very unchristian things. And the compilation of his statements against Muslims, Mexicans, and women are incriminating. So much so that well-know Christian evangelical women, like Beth Moore, Christine Cain and Sara Groves have come out against him.

In Ava DuVernay's new documentary 13TH (referring to the 13th Amendment, that states there shall be no slavery or involuntary servitude "except as punishment for a crime") DuVernay includes footage of the republican candidate talking about "the good old days..." when protesters would be physically assaulted. Trump is heard encouraging his followers to "punch them (protesters) in the mouth." He is also seen declaring, "I am the law and order candidate."

At one point, earlier in the campaign, the republican candidate said: "My voters are extremely loyal... I could stand in the middle of Fifth Avenue and shoot somebody and I wouldn't lose any voters."

That doesn't sound like loyalty as much as willful ignorance.

Here's a transcript of the second presidential debate, with annotations, from the Washington Post. 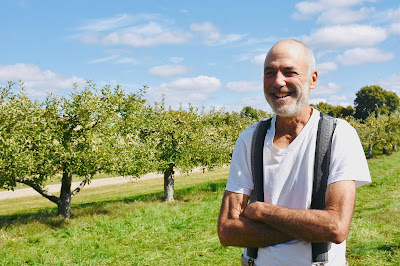 Dan Salerno
I'm focused on matters of social justice and faith. Avid reader and book reviewer. Keeping in shape by taking long walks up hills in the neighborhood! I've written a collection of short stories, 20 SHORT ONES, published by WestBow Press, a division of Thomas Nelson/Zondervan.